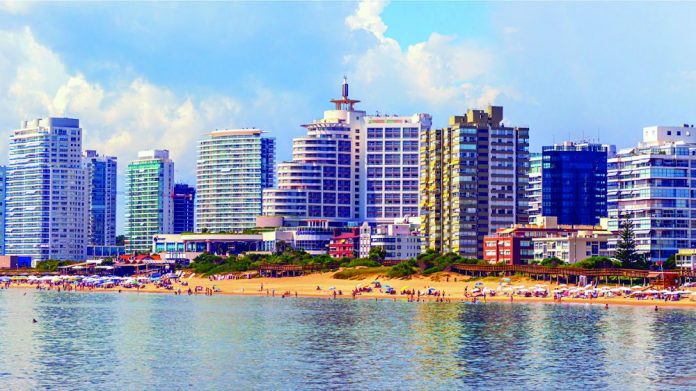 The licensee for Casino Nogaró in Punta del Este is asking for $21m in compensation, following what it characterises as “unfair competition” from a nearby state-run gaming facility at the Punta Shopping mall.

The company behind Casino Nogaró in Punta del Este is suing the Uruguayan government for $21m in compensation. Vidaplan S.A. has rented the property in the popular seaside resort since 2009 and contends that it has faced unfair competition from a nearby state-run gaming room at the Punta Shopping mall.

The lawsuit is directed at the country’s regulator, the Dirección General de Casinos (DGC), while the company has also requested that its contract with the state entity be cancelled. A hearing is scheduled for 3 March.

Under Uruguay’s mixed system, Vidaplan sublets the property to the DGC which operates it in return for a share of the casino’s profits. In November, the company said that even if the DGC does not terminate the contract, it would close the casino in late April.

While the regulator had previously said the gaming venue would be closed, it ultimately opted to expand it instead, a move which Vidaplan blames for its financial losses at Casino Nogaró.

At the start of January, National Party deputy Rodrigo Blás met with Uruguay’s president-elect Luis Lacalle Pou to discuss the possible closure of Casino Nogaró. “There’s concern because they are planning to close Casino Nogaró and move the employees to a new gaming venue in San Carlos,” he explained.

“We can’t lose Nogaró because it’s a symbol of Punta del Este. It will be necessary to find a solution to ensure it does not disappear. We’re going to whatever is necessary to ensure that doesn’t happen.” Blás reported that Lacalle was “concerned” by the situation, with the presidentelect making a commitment to investigate the issue further.

“We’re going to continue trying to stop [the closure] which will ensure the new government is free to take a decision on the issue when it takes power [in March],” he added. In other Punta del Este news, the public tender for a new 20-year casino concession in the city closed on 20 January.

The tender was triggered by a proposal by Cipriani S.A to build a $450m casino resort at the site of the former San Rafael Hotel. While the company originally planned to restore and refurbish the Tudor-style hotel, which it acquired for more than $40m in February 2018, Cipriani later stated that the structure was “unsafe” and opted to demolish it and build a reconstruction.

According to the proposal, the $180m first phase of the Cipriani Ocean Resort and Club Residences development would include 70 hotel rooms, 75 apartments, and a casino, along with a restaurants, a spa, meeting spaces, and sports facilities.

The project already has the backing of both the city council and Uruguay’s president Tabaré Vázquez. Nevertheless, the Ministry of Economy and Finance (MEF) confirmed it would still be necessary to call a public tender before issuing a casino licence for the project in March last year. The investment in the new casino resort must be equal to or higher than $160m.

The winning bidder will also be required to pay an annual fee to the government, which will be calculated based on the casino’s gross revenue. The minimum annual fee will be $7.8m in the first year, with an annual increase of at least $100,000 until 2026.

After this date, a fixed amount equal or higher than $8.4m must be proposed by the bidder. Entrepreneur Giuseppe Cipriani had previously characterised obtaining a casino licence as fundamental for the development to proceed.

“An investment of this scale needs a casino,” he stated. “We now have construction approval for the project …we estimate that by the end of 2021 we will be able to launch some of the complex’s services,” Cipriani stated, in an interview in mid-December. “[Punta del Este] is a location I like very much. I’ve had a house there for 25 years