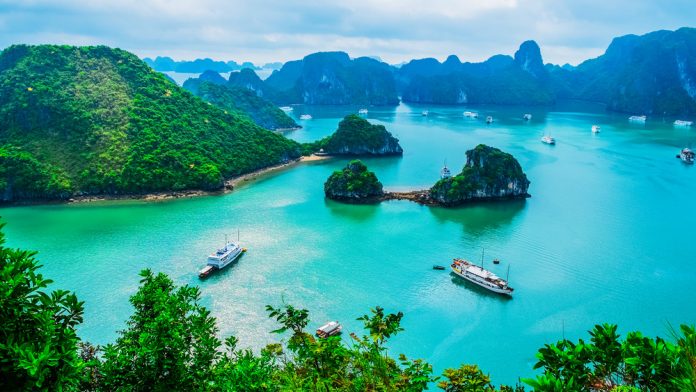 Vietnam’s Communist Party is continuing to keep observers on their toes, by once again reversing their position on locals visiting the country’s casinos. But this time for the better.

[dropcap]W[/dropcap]hile it is still illegal for Vietnamese nationals to place wagers in local casinos, hopes had been kept alive that this would be reversed by a draft decree floating its way around the politburo since 2010.

However, Vietnam’s Ministry of Finance burst this bubble in September, when it announced that the decree had been thrown out, due to concerns over the negative social effects on a people prone to gambling addiction.

Access to the domestic market is believed to be a gamechanger for a host of international casino groups eager to invest. Many of whom have predicted that once granted the country could quickly become the “regional casino hub.”

In yet another surprise turnaround, it appears the ruling Communist Party is now prepared to let its citizens gamble in only two of Vietnam’s 30-odd casinos, albeit on a three year trial basis.

“I am confident the Ministry of Finance will get its final draft decree approved and will soon release it, possibly in the next few months.”

The move is already being seen as a huge step in the right direction for the booming economy, whose young demographic and rapidly expanding middle class has long been looked upon with envious eyes.

According to Ton Vinh, one will be the integrated casino resort in Van Don Island, part of the  Ha Long Bay archipelago in North Vietnam, while the second casino to open to locals will be on Phu Quoc Island in South Vietnam. It has also been reported that the politburo remains open to allowing locals to gamble at two more integrated resorts in Central Vietnam in the near future.

There is still plenty of watering down, however. For the time being players must be over 21, be able to prove they earn a salary of at least $500 each month, have no criminal record and, rather eccentrically, their family must not object. They will also have to pay a $50 entry fee and apply for a monthly pass set at $1,100.

While these parameters might prevent international investors fro diving in, the draft decree has also been amended to reduce the minimum initial investment required to obtain a licence. Previously this had been set at $4bn with a commitment to build fully integrated resorts, widely considered far too high a bar given all the other investment options opening up in the region. This has now been reduced to $2bn and other options are available for smaller casinos to invest only $1bn in exchange for a 20 year permit – for one table game and ten electronic machines for every $10m that is disbursed.

The Ministry of Finance has already revised the gaming decree and with latest version reflecting these changes.

The country has been under pressure to allow its citizens to gamble for some time. It was reported last year that the treasury loses around $800m annually in foreign currency bleeding as Vietnamese players travel to Cambodia to gamble.