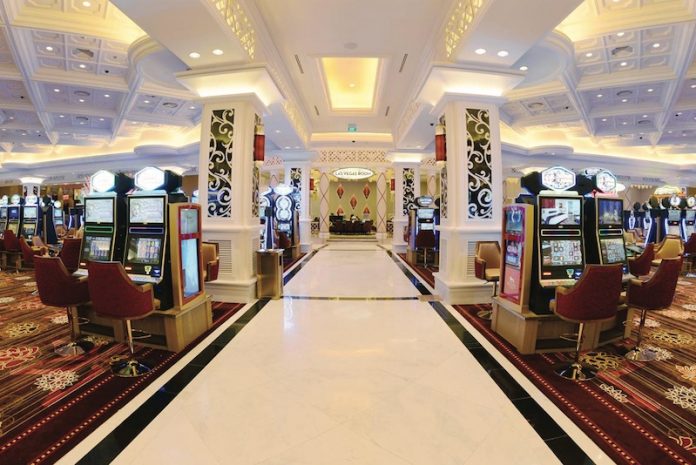 In a bid to expand the tax base and attract more inward investment, Vietnam’s Communist Party lifts its last line of defence, issuing two decrees in February that would allow its citizens to engage in casino, racing and international football betting.

Change is afoot in the old-Old World, a vast corner of the planet once awash with anti-gambling sentiment.

In recent years a growing number of emerging economies in South and East Asia have opened their markets to foreigner-only casinos – a form of development policy designed to attract foreign direct investment and a more wealthy breed of tourists, while protecting their own citizens from the social dangers of gambling.

In Vietnam at least, this last line is being redrawn. The twelfth politburo of Vietnam’s Communist Party has this month officially given the green light for its own citizens to place wagers in the country’s casinos for the first time, on a three year trial starting this March.

In line with this, prime minister Nguyen Xuan Phuc has issued a second decree that would allow Vietnamese citizens to place bets on horse racing, dog racing and international football, and crucially, for foreign operators to provide these services.

“This will open up a whole new different spectrum of investment opportunities in the region,” says Albert Climent of Bluesea Gaming, “especially those related to horse racing and high street betting shops.”

Having posted an average of around seven percent growth every year for the last decade, Vietnam is expanding at a formidable rate and carries one of the fastest growing middle classes on the planet. In years prior, communist ideology, inefficiency and corruption had held the country behind, but popular pressure and seeping pragmatism in the party has pushed the state to loosen its grip on segments of economic activity. In line with this, parts of the economy have boomed, but the overhangs of heavy state-ownership (still some 40 percent of GDP) has left other areas woefully uncompetitive, and Vietnam still struggles with a fluctuating budget deficit.

“They need tax revenues,” reiterates Alexandre Legendre, a Hanoi-based partner at Leadco Legal Counsel, which advises foreign investors on Vietnamese gaming. “The fiscal situation of the country is under pressure.” The foreigner-only policy has helped only so far, and casino revenues have been flat for most of a decade now.

“I will never invest $5bn to $10bn in setting up a casino in a place where local people are not given access to that casino,” Sheldon Adelson, chairman of Las Vegas Sands’ famously told Vietnamese media.

A saturation of similar regimes in the region has meant attracting new investors has become infeasible without the promise of access to the lucrative domestic market – a cohort understood to have a healthy proclivity for gambling.

It is this perceived proclivity that has thus far held Vietnam back from crossing the rubicon. “Vietnamese people like to gamble,” says Nguyen Van Thanh, a successful Vietlott tout, who sells an average of $1,300. “We like being lucky.”

Gambling policy has long been used by the communists as a fiscal instrument, but only tentatively. Ho Chi Minh himself, the revolutionary Viet Cong leader accredited for the 1975 reunification, relied on lotteries to fund schools and hospitals during the last Indochina war. Since then state lottery has been part of the social contract, as has one state-run dog racing track where roughly $1m worth of on-track betting handle has been permitted.

Yet this paternal approach to gaming has done little to quell the Vietnamese love of a wager. According to Augustine Ha Ton Vinh, an academic and gaming advisor to the government, an estimated $800m is spent by Vietnamese nationals on gambling, in neighbouring casino jurisdictions such as Cambodia Malaysia and Singapore. While an underground market for sports betting, through illegal bookmakers and unlicensed foreign websites, is thought to be vast.

The Institute for Regional Sustainable Development in Hanoi estimates an additional foreign investment of only $3bn in Vietnamese gaming could increase GDP by 0.58 percent in the first year alone. And there is far more than that planned already.

There are at least four foreign investments totalling $8bn now planned for large scale casino projects since the game-changing decree was issued.

A consortium of North American investors, which has already built a $1.1bn casino in Vung Tau, have now committed $2.9bn to the project thanks to promise of Vietnamese gamblers. The policy has also pushed Hong Kong’s Chow Tai Fook to pencil in a $4bn casino investment in partnership with native VinaCapital Investive for the PM’s home province of Quang Nam on the central coast.

In addition two South Korean investors, one Hong Kong-Chinese and one Australian firm are planning horse racing developments with initial commitments ranging from $100m and £1.5bn each. It is currently unclear which foreign firms are looking to invest in line with the new sports betting market.

“It’s taken almost ten years, but the government and gaming industry are on the same page,” says Muhammad Cohen, editor of Inside Asian Gaming. “The experiment is likely to succeed because Vietnam’s government wants it to.”

Opening the domestic market to foreign operators is a bold experiment for Vietnam’s officials, and a relative milestone for similar jurisdictions in the region.

Some are skeptical about the Party’s resolve however, and wary of making multibillion dollar commitments given the precious timescale. “There is still uncertainty and risk from the perspective of the investor,” says George Tanasijevich, a senior exec at Las Vegas Sands. “We will closely follow the programme and assess our opportunities.”

According to Oliver Massman, director general at corporate law firm Duane Morris Vietnam, the Party’s concerns over problem gambling, especially among the nation’s poor, run deep. The trial is there to appease these concerns, and various restrictions will be in place for native players, for the time being at least.

Players must be at least 21 to gamble; there must be no objection from family members (how casinos can know this is presently unclear) players must be on a minimum monthly income of $500. While this is currently double the median income for Vietnamese nationals, the number earning more than this is rising exponentially.

“Mid to high income people In Vietnam are predicted to double by 2020,” Massman reassures. “They will have more demand for high class integrated resorts.”

As the government is testing the waters with this new policy, prospective operators are being given a significantly softer route entry, with an initial investment lowered to a minimum of $2bn, instead of the previous requisite of $4bn.