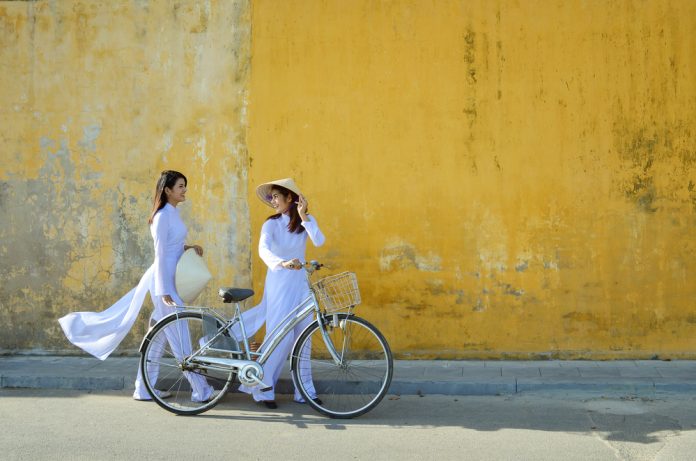 Popular in Asia, the game of Go sees players compete to control territory, using stones to create bases which then connect to form larger shapes which come to dominate the board.

Vietnam’s nascent casino industry could be one such example of a strong shape, which in this case takes the form of a triangle connecting Macau with Sun Group’s forthcoming integrated resort in Van Don – due to come online in late Q2 2019 – and another new project in the popular resort town of Hoi An, announced in November.

Macau’s biggest junket operator Suncity Group has teamed up with Vietnam-based closed end fund VinaCapital and Hong Kong-based conglomerate Chow Tai Fook to build a $4bn integrated resort and casino in the coastal town, which is scheduled to open in 2019.

“Considering SunCity will be directing a substantial portion of their business to Hoi An, a property they now hold a considerable stake in, and considering their database of players and new business model primarily targeting the cashed up mid-level VIP players rather than focusing on the whales, they have a reasonable opportunity to make Hoi An work,” stated Eric Coskun, senior associate at IGamiX Management and Consulting.

“I see SunCity creating a three stop strategy for their players, Macau then Hoi An, then Van Don, [which] could possibly be known as the South China Sea VIP Triangle.”

Suncity owns 34 percent of the coastal project through its Hong Kong-listed subsidiary and has a management contract to operate the casino.

“As most outsiders focus primarily on the gaming component, lets not forget that Hoi An will also be a great opportunity for SunCity and VinaCapital to sell their Beach Villas, Golf Villas and Condos to VIP customers,” continued Coskun.

“These real estate sales could potentially fund the whole project.

“There is also an opportunity to bring in third party operators to fund and develop other parts of the property, thus relieving SunCity/VinaCapital of part of the $4bn commitment.

“So in short, when factoring in the VIP play as well as the real estate sales and introduction of third party hotel chains, the project is certainly viable.”

The group is one of a number of companies looking to capitalise on Vietnam’s gaming business expansion, especially now the country has loosened regulations on gambling.

“Vietnam is growing at one of the fastest rates throughout Southeast Asia. There is tremendous potential in this market and with legalised gambling combined with some of the most beautiful touristic destinations, it fills a niche that Macau cannot,” Coskun explained.

“Currently there are 12 million middle and affluent class (MAC) consumers in Vietnam, and by 2020, when the local gaming authorised IR’s are ramping up, there will be 33 million MAC consumers.

“This is the fastest growth of any Southeast Asian nation, and with national average per capita income increasing from $1,400 in 2012 to $3,400 in 2020, any property authorised for local gaming is bound to thrive under these growth levels as the Vietnamese have a proven appetite for casino gaming.”

Back in January, the government drafted Decree 03/2017/ND-CP, regulating casino business activities for Vietnamese citizens, with the legislation coming into effect on 15 March 2017.

However, there have been conflicting reports regarding precisely how many venues have been included in the trial.

In November, Vietnam’s Finance Ministry issued a Circular confirming that the trial would begin in December 2017, but neglected to specify the number of properties which will be included, sparking further speculation.

“The Politburo, through the Ministry of Finance has clearly stated only two properties will be eligible for the local gaming pilot program,” Coskun clarified.

“Though they will not officially name the two properties, all insiders know they are Sun Group’s Van Don and Vin Group’s Phu Quoc properties. This has not changed though many will try to push for change making outlandish statements.

“We also believe that when SunCity proves their success, Hoi An will most likely become the first of the next batch of IR’s approved for local gaming.”

Despite the generally positive panorama, some analysts have noted that the government may need to moderate its expectations regarding what the casino industry could deliver in terms of inward investment, also taking operators’ commercial needs into consideration.

While reports suggest that Vietnam has recently halved its requirement that investors seeking a new licence for an IR would need to commit $4bn in capital spending, some argue that the government could still do more to encourage investment.

“Operators build what they build to meet the needs of the market. And placing an artificially high number – an unrealistic number – whether it is $2bn or $4bn, is ludicrous.”

The resort features more than 300 hotel rooms and villas, alongside a golf course, spas, residences and a conference centre.

Along with a casino, the second phase of development will also include more hotel rooms, residences, if permission is granted.

“The likelihood of a Banyan Tree casino resort in Hue is reasonably good, however, we believe any casino on this property will be small in scale and will be used as a lure to bring in buyers of beach front villas and condos,” added Coskun.

However he suggests that the resort would suffer from competition from other properties in the region which are situated nearer to key transport hubs.

“Given that the only way to get there is through Da Nang airport and a minimum 2.5 hour drive, it is too far for players, especially when you have Crown International in Da Nang itself and Hoi An only 30 minutes away,” he concluded.