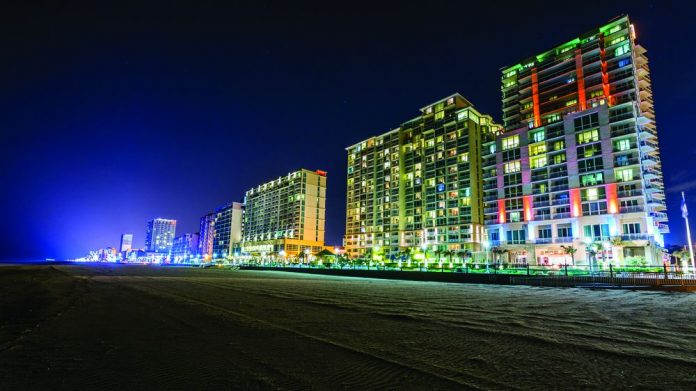 Virginia lawmakers approved legislation to allow five large resorts in the state early last month, with operators still pursuing sites despite the industry coming to a standstill in recent weeks.

Backers of the bill, which has now been approved by both chambers, said the current situation was no reason to panic, and that there is still time for the industry to rebound before Virginia could be impacted. Potential operators still have to wait for the outcome of a voter referendum in November in cities slated to get casinos, and then a state vetting process before licenses are awarded and construction can begin.

“We have time on our side,” said state Sen. Louise Lucas, who has spent twenty years arguing to allow the industry into the state. “I’m the eternal optimist.”

“Caesars will continue to pursue a gaming license in Virginia and hopes to build and operate a casino in Danville,” said Richard Broome, a spokesman for Caesars Entertainment.

Others, however, have complained that the current legislation does not mandate a competitive bidding process. Developer Steve Johnson, who has pitched a bid in Bristol, argued that in “in light of the current environment and new risks we are facing, it is even more imperative” that there be more competition for licenses. This is something that could still be amended by Gov. Ralph Northam, who can make changes for lawmakers to vote on during a one-day legislative session currently scheduled for late April.

Sports betting will also be on the cards should it pass the referendum, however college sports are currently off the table. The state will issue at least four to potentially 12 online-only licenses, in addition to the licences that can be held by each of the proposed five casinos, and a licence that could be given to a professional sports team that relocates to Virginia. Operators will pay $250,000 for a three-year license and $200,000 upon renewal, with revenue will be taxed at 15 percent.

Under any other circumstances, it would be a cause for celebration for those that have been waiting for Virginia to open for some time, but in the short term priorities may lie elsewhere. David Schwartz, a gambling expert at the University of Nevada Las Vegas, said that while it’s impossible to fully predict the impact that COVID-19 will have on Virginia’s unborn industry, the long term outlook for the state is still bright.

“Long term, casino gaming is a dependable enough bet in Virginia that it might not be difficult to raise money to fund it, but short term, operators may prioritize stabilizing their existing operations,” he said.