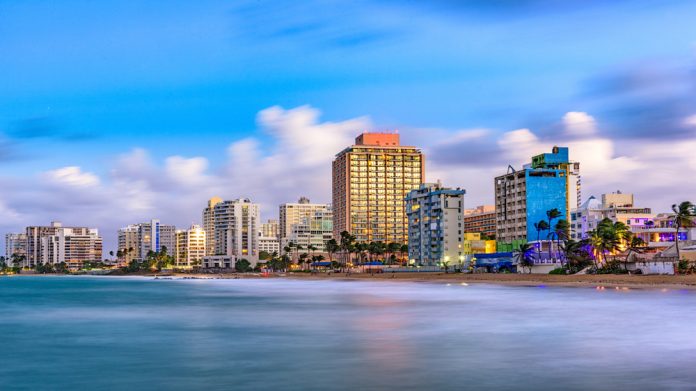 While the government is pressing forward with the legalisation of VLTs outside casinos, Puerto Rico’s Financial Oversight and Management Board has yet to sign-off on the new legislation, which it suggests could cannibalise existing casino revenues.

Nearly three months after Puerto Rico’s governor, Ricardo Rosselló Nevares, signed a new bill into law which will legalise video lottery terminals outside casinos, it still remains unclear if the territory’s fiscal oversight board will approve the measure.
The changes to the territory’s gaming law were introduced as part of the government’s new tax reform legislation, House Bill 1544.
Legislators in favour of the measure argued that it could raise an additional $160m for the territory’s coffers and boost the island’s stagnant economy.
The total number of VLTs outside casinos allowed in Puerto Rico will be initially be capped at 25,000 for the first two years. Following this, the cap might be raised further, pending a review by the Puerto Rico Tourism Company (PRTC), the government-owned corporation which oversees the territory’s gaming industry.
However, the Financial Oversight and Management Board of Puerto Rico (JSF) – responsible for overseeing and monitoring sustainable budgets – has expressed concern about the changes.
The Board has cautioned that the additional income raised by the regulation of VLTs could cannibalise the existing tax revenue currently generated by the casino industry and has requested that the government provide additional evidence in support of the measure.
The secretary of the Department of Treasury and the director of the Office of Management and Budget, Raúl Maldonado Gautier, contended that in spite of the JSF’s reservations, the tax reform measures came into effect at the start of January.
“We’re waiting for the Board to certify it. We are going to continue working of the implementation of the reform because we believe there is no reason [for them] not the certify it,” he stated.
In a statement following the signing of the new law, Natalie Jaresko, executive director of the JSF, reiterated the Board’s “concern that [the effect of] the provisions made for video lottery terminals included in the legislation will not be neutral for the treasury, given that the government and the legislature have not presented sufficient evidence that these changes will not cannibalise the existing revenues set out in the government’s fiscal plan.”
Following the signing at the start of December, Rosselló Nevares refused to speculate on what would happen if the JSF ultimately decides not to give its blessing to VLT legalisation, stating that he prefers not to “work on hypotheses”.
Following this, in a letter to the governor and legislators, the JSF stated that the government had not provided sufficient evidence indicating that the new measure was in agreement with the Board’s fiscal austerity plan for 2017-2026. Based on this the Board has requested further information from the government, including an estimate of the revenue that will be generated by VLTs.
“The Department of Treasury and the Puerto Rico Tourism Company have been working on this and they are sending what we have to the Board, which are the [regulatory] guidelines we’re going to be working on for [the implementation] of video lottery terminals,” Maldonado Gautier added. “We don’t see a reason not to approve [it].”
The plans have also generated significant controversy in the industry, with members of the Puerto Rico Hotel and Tourism Association (PRHTA) meeting with representatives for the Department of the Treasury in October to protest the legalisation.
The trade body estimates that the legalisation of slots could cost the island’s casinos around $150m in revenue, based on the findings of a study by Spectrum Gaming Group commissioned by the PRTC.
Speaking at a press conference, Pablo Torres, president of the PRHTA and manager of the Caribe Hilton, stated that the government is aware that the legalisation slots outside casinos has the potential to severely impact the casino industry.
“The government has the 2013 Spectrum Gaming Group study that estimates that legalizing 30,000 slots would cause a loss of $149.1m in a conservative scenario, and $194.6m in a ‘high impact scenario’, a reduction between 45.8 percent and 59.8 percent.”
In addition to its impact on casino’s bottom line, industry executives also suggest that it the implementation of VLTs will weaken existing AML controls.
“It’s simply not possible to fulfil all the anti-money laundering requirements established by local and federal law without trained personnel physically present on- site,” said Héctor Colom, comptroller and compliance officer for Casino Metro.
He also suggests that the real-time monitoring system proposed by the government will be insufficient to prevent abuses. “The connection could tell how much money has entered the machine. But it could never verify whether the money proceeds from a legitimate source or if the person playing is acting in a suspicious way, which [in a casino] would alert our [AML] compliance protocols.”
Meanwhile, Antonio Matta, manager of Tropical Casino in Bayamón, highlighted that the due diligence process for new slot machine operators is unlikely to be as thorough as that for casino investors, who are required to complete an extensive “Multi-jurisdictional Personal History Form” in order to obtain a licence.
“From your bank accounts, the origin of money received, the cars, boats, and properties [you own], [to] information about your ex-partners and former in-laws. It is an investigation of your life covering more than 60 pages of questions,” he asserted.