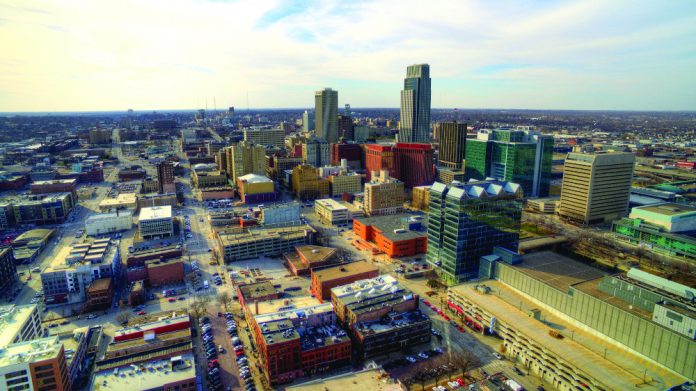 The developers behind a plan to transform Omaha’s Horsemen’s Park into one of Nebraska’s first casinos have requested $17.5m in tax incentives from the city to realise the project.

A $220m plan by WarHorse Gaming Omaha – a subsidiary of Ho-Chunk Inc., the economic development arm of the Winnebago Tribe of Nebraska – will see the renovation and expansion of the current Horsemen’s complex.

The project will see the creation of a “dynamic casino, racing and entertainment complex” that will include 1,200 gaming machines, together with table games and a stage for live entertainment, as well as a sports bar, food hall, coffee shop and central bar area. Construction is expected to begin this summer and to be completed by September 2022.

“We’re gonna have sports betting. We’ll have simulcasting, of course. That’s our bread and butter. And then we’ll have a variety of casino games,” said Lynne McNally, EVP of the Nebraska National Horsemen’s Benevolent and Protective Association.

Horsemen’s Park has operated from its existing site since 1998. An existing 45,000 sq ft building will be renovated, and a clubhouse will be expanded to 20,600 sq ft.

Last November, around two-thirds of Nebraska voters approved constitutional amendments allowing casinos at the state’s six licensed horse racing tracks, with a portion of the money generated earmarked as a tax credit for property owners.

The vote opened the door for the tribe to pursue casinos at tracks in Lincoln, South Sioux City and Omaha.

Tax increment financing, known as TIF, subsidises companies by refunding or diverting a portion of their taxes to help finance development. Authorised at state level, this loan is paid back, generally over a 15-year period, by using the increased property taxes that are generated on the new development.

WarHorse Gaming expects to spend about $6m on public improvements, including storm water drainage and utility work, according to city documents. The company will also make improvements to roads adjoining the property.

Ho-Chunk CEO Lance Morgan said that the infrastructure improvements will help to increase access to the area and improve public safety. “Those are the kinds of things that make a lot of sense from a TIF standpoint,” Morgan stated. The casino is expected to “directly and indirectly” create about 2,400 jobs, about 520 of which will be permanent full- and part-time jobs, according to a Planning Department memo.

Among other requirements, projects that receive TIF must be located in a “blighted” area. The WarHorse project fulfilled met all TIF requirements, the memo added.

Nevertheless, WarHorse Gaming’s decision to apply for TIF has met with criticism. Doug Kagan, president of Nebraska Taxpayers for Freedom, said he does not believe the property meets the “blighted” criteria.

“In this particular instance, we think that, you know, casinos usually make a pretty good profit so we don’t think they need a tax increment financing,” he said.

Similarly, Brendan Bussmann, director of government affairs for Global Market Advisors, highlighted that one of the key arguments in favour of the constitutional gambling amendment was that it would provide property tax relief. “I think it’s disingenuous to ask for your own property tax relief in the same process,” he said.

The gambling initiative passed by voters imposes a 20 percent annual tax on gross gambling revenue that goes back to counties and the state.

“Over the life of TIF, it’s $17.5m that we’re requesting, we’ll be returning over $120m, back to the community,” McNally said, “We’ll also have over 520 jobs, permanent jobs. We feel that we’re giving back the value for what we’re getting in exchange,” she added.