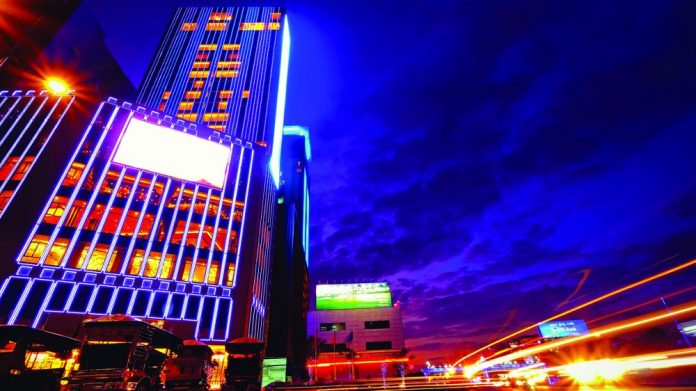 NagaCorp’s plans for the $3.5bn third phase to its NagaWorld casino complex in Phnom Penh “are its most ambitious yet” explains Warwick Bartlett, CEO of GBGC, who cautions against betting too heavily on Chinese consumers.

Cambodian casino operator NagaCorp has unveiled plans for a third phase to its NagaWorld casino complex. Naga-Corp has a monopoly on casino gaming in the capital Phnom Penh

until 2035 but the plans for Naga 3 are its most ambitious yet. NagaCorp intends to spend $3.5bn on the new Naga 3 hotel and casino resort. The resort will cover more than half a million square meters of floor space and is due to be completed in 2025. The scale of the proposed investment at Naga 3 does mean it ranks highly with other international projects.

Genting’s new Resorts World Las Vegas is said to have a first phase costing $4bn, whilst the two integrated resorts in Singapore have recently agreed to expansions of their facilities which will cost a total of $ 6.6bn between them. In Europe, Melco is building what will be the region’s largest casino in Cyprus and is spending around $650m. Naga 3 is maybe only outdone by some of the figures being quoted for the integrated resorts in Japan, although some of those projects might not happen.

Internationally, NagaCorp is following the trend for developing resorts rather than just solely gaming facilities and using these resorts to attract foreign tourists. It is the same reasoning being employed by Japan, Singapore, South Korea and Cyprus.

But it does mean that competition for the tourists’ dollar is getting fiercer. Macau will always have the advantage of geographical proximity to China. Singapore benefits from being a major transit hub to all parts of Asia, Australia and Europe, which draws tourists and travellers. The Marina Bay Sands is also attaining iconic status. In the Instagram era, don’t underestimate the pulling power of a roof top infinity pool!

Monte Carlo and Las Vegas have the history and brand that NagaWorld and Cambodia will have to work hard to match. To differentiate itself and achieve that international sought-after status as a gaming destination, Naga’s properties will have to find their own selling point and niche. It could take a few years yet.

One of the reasons for the expansion is that NagaWorld has seen a large increase in Chinese visitors and it wishes to capitalise on that trend. Several Macau-based junkets now bring players to NagaWorld’s gaming tables. VIP contributions to revenues have leapt from 35 percent in 2010 to 72 percent in 2018.

Building extra facilities, both gaming and non-gaming, on the back of increased Chinese tourism certainly makes sense. But as both Macau and South Korea have discovered in recent years, the flow of tourists can simply be turned off by the Chinese authorities.

In 2017, in response to the testing of missiles by North Korea, South Korea installed the USA’s THAAD anti-missile system. This, in turn, provoked a response from China, one element of which was the restriction of tourist groups visiting South Korea. The result was dramatic. In 2016 there were eight million Chinese visitors to South Korea.

In 2017 there were just 4.1 million, a fall of 48 percent. 2017 was meant to mark a new stage in South Korea’s casino sector, with the opening of new venues and resorts aimed at foreign tourists. It is always a risk to rely heavily on Chinese tourists. The project is due to be completed towards the end of 2025, six years away. The geo-political situation could change numerous times in that period. With capital expenditure of up to $4bn, NagaCorp will have to ensure there are enough visitors from somewhere to fill Naga 3 consistently.