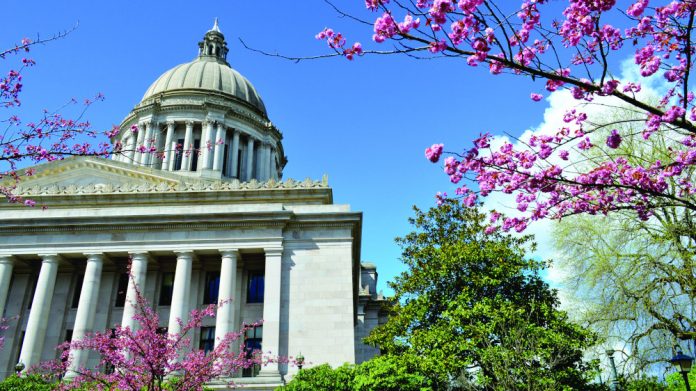 The Washington State Gambling Commission has given the green light for the legalisation of sports betting at tribal casinos in the state. Amendments to the state’s gaming compacts with 15 tribes now need to be signed off by governor Jay Inslee.

Washington has moved a step closer to introducing sports betting after its regulator approved amendments to the Evergreen State’s gambling compacts for 15 tribes.

Following the approval by the Washington State Gambling Commission, the amended compacts will now be sent to governor Jay Inslee for his approval. “We are just really excited to go from a place where we got the approval from the Legislature to 15 approved compacts,” said Afton Servas, spokeswoman for the Kalispel Tribe. “That’s both an accomplishment on the part of the Gaming Commission and the gaming lobby groups trying to get these gaming compacts approved.”

The Washington Indian Gaming Association characterised the Gambling Commission’s vote as a major milestone. “By fitting sports betting into the existing – and proven – tribal gaming system, the state has ensured that sports betting revenues will stay in Washington and will go towards uplifting historically marginalized communities, while creating local jobs, boosting the state economy and funding critical services for those in need,” said WIGA executive director Rebecca George.

The Tulalip Tribes hope that the new legislation will be in place before the NFL season begins in the autumn.

“There’s been excitement building over this. Washingtonians have been wanting to bet on some form of sports betting for some time now,” said Tulalip Tribes vice chairman Glen Gobin.

Members of the 15 tribes said the addition of sports betting would help drive additional revenues which are used to fund a wide variety of social programmes.

Speaking before the WSGC, the Tulalip Tribes highlighted that tribal gaming operators are collectively the seventh-largest employer in the state, with non-Indians making up 70 percent of the work force. They affirmed that sports betting will create even more jobs for the state’s residents.

“The gaming dollars generated on tribal reservations stay within Washington state. The profits don’t leave here. Our profits run our tribal governments and are fed into the local and larger economies over and over again,” Gobin added.

“The effects of poverty, neglect and disease are not easily overcome,” Elkins said. “We use every dollar from gaming.”

Meanwhile, Carol Evans, chair of the Spokane Tribe, said the funds would help the tribe preserve its traditional language.

The bill passed by the Legislature allows gambling on major league professional sports, the Olympic Games and other international events. The legislation also allows betting on college sports, with the exception of games involving in-state schools. However, online and mobile gaming will not be permitted outside tribal casinos. “We’re excited about being able to extend our reach in the market, inviting new people to the property, and allowing people to stay over while they’re here so they can enjoy themselves a little bit longer,” said Kara Fox-LaRose, ilani’s president and general manager. With construction expected to take around 23 months, the 300-room hotel will feature suites and individual rooms, a bar, a cafe, a full-service spa, and a restaurant on the fourteenth floor. It marks the latest expansion to the casino which opened in April 2017. The property recently opened its new parking garage, while an expansion of the casino floor and restaurant space is also ongoing. “A hotel for ilani has been part of our vision, and the past four years have been dedicated to putting all the necessary elements in place,” said Philip Harju, chairman of the Cowlitz Indian Tribe.