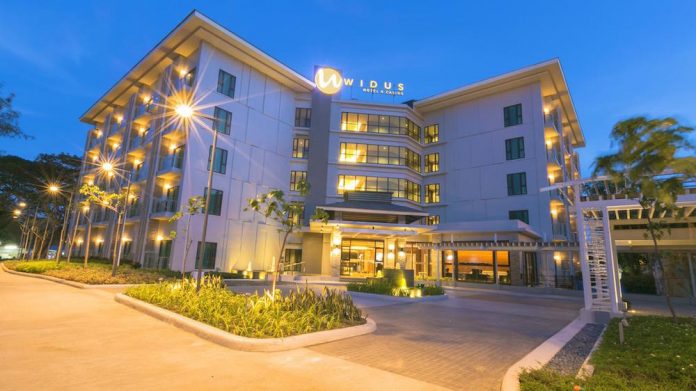 The president and CEO of Widus International Leisure is considering an IPO amid ambitious plans to expand the company’s casino resort in the Clark Freeport Zone into a $1bn project.

Han Daesik, president and CEO of Widus International Leisure, said that the company would wait for an initial public offering (IPO) until phase two of its current expansion programme is completed.

“I have been studying listing my company on the stock market for over a year,” Han stated.

At present, the resort – which opened its doors in 2008 – has 61 live-dealer gaming tables, 20 electronic table games and 342 slot machines, and two hotel towers offering a total of 240 rooms.

In September, the property will to open a $100m third tower under the Marriott brand, With the completion of the fourth tower, Widus will have invested a total of $500m in the property, while the company is planning an additional expansion would include convention facilities.

“I plan to invest additional $500m to make [the] current development into a $1bn project,” Han added.

He also suggested that trading conditions would be “much better in a couple of years” as several major infrastructure projects come online, including a monorail linking Manila to Clark, the New Clark City redevelopment close to the resort, and the construction of Clark International Airport Terminal 2.

Speaking to the gaming media, Han explained that the premium mass market comprises the majority of Widus Hotel and Casino’s clientele.

“They usually stay three or four nights, and during their stay they spend between $1,000 and $10,000 in cash. They are not with junket agents. I don’t need to give away a lot in commission. They get [reward] points and things like comped rooms and food,” he said.

“That is why I am able to move this project further and further: because the numbers are pretty healthy and I don’t need to give a lot of commission.”

Han highlighted that middle-class Filipinos make up almost half of the property’s customer base. Around 40 percent of customers come from South Korea, “providing 60 percent of the revenue” at the resort, while a further 10 percent are Chinese visitors.

“I have an in-house programme, and I have some Korean [junket] agents and some Chinese agents, bringing in Koreans and Chinese players,” he continued.

Widus is reportedly in talks with the Bases Conversion Development Authority – tasked with redeveloping former US military bases in the Philippines – regarding the possibility of acquiring the land for a 36-hole golf course. Nevertheless, Han clarified that this will “not be a major investment”.