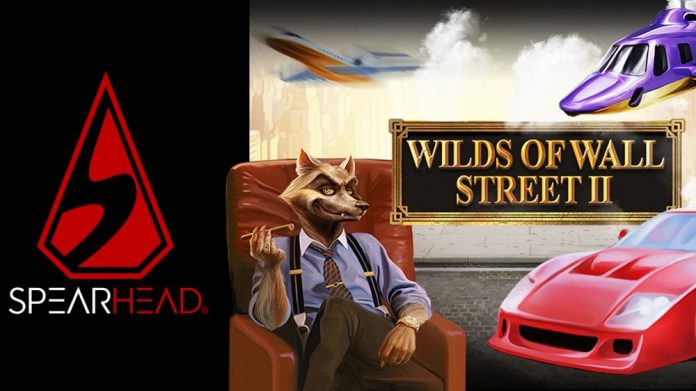 Spearhead Studios is thrilled to announce the launch of the video slot Wilds of Wall Street II. The new title is the sequel of the very successful Wild of Wall Street game which was launched earlier this year. Optimised for perfect mobile gameplay, the new slot brings huge potential wins.

The game’s theme is heavily influenced by classic movies set in that crazy-exciting era that players all know and love. The unique, high-intensity soundtrack builds anticipation of big wins and sets the player in a typical New York atmosphere.

Kevin Corti, Game Development Director at Spearhead Studios, comments: “Wilds of Wall Street was one of our top performers when it was released back in January 2020. Players loved the core expanding reel mechanics and the overall theme, and we felt that a sequel would be a great addition to our growing gaming portfolio.

“In Wilds of Wall Street II, we switched to a ‘ways pays’, rather than pay lines, mechanics as it was a better fit with the core expanding reels gameplay feature. In addition, we wanted to make the free spins features much more accessible, exciting, and volatile, hence we came with the idea of adding more and more wilds to the reels as the free spins progress, leading to an ever-higher potential for big wins.”

The features are designed to perfectly compliment the theme, with any paid base game win triggering free re-spins and expanding reels. Hit a sequence of six wins, and the game will take you into the free spins which are ‘endless’ – terminating only after 3 ‘closing bells’ have been rung.

Visit SpearheadStudios.com to test our games and drop us a line at [email protected] for the integration details.