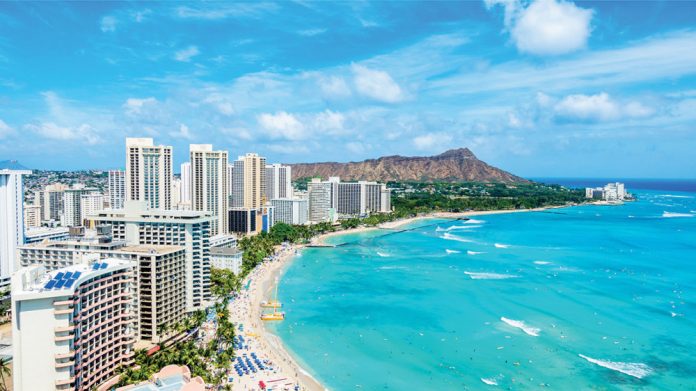 The Hawaiian Homes Commission has signed off on a draft proposal that would allow a casino resort on the island of O’ahu, however the measure now needs to find support in the state legislature.

The Hawaiian Homes Commission has approved a draft proposal that would allow a casino resort in Kapolei, on the island of O ahu.

The proposal would then proceed to the Hawaii State Legislature for consideration if Ige decides to include the draft legislation. However, the Department may seek a legislative sponsor to introduce the proposal if the governor opts not include it.

“We do have supporters in the senate and in the house, is it enough to get it to pass?” asked DHHL chair and chairman of the Hawaiian Homes Commission, William Aila Jr. “I have no idea but we are never going to have the opportunity unless we move forward today.”

Revenues from the casino resort would be used to address the DHHL’s “dire financial state”. Deputy DHHL chair Tyler Iokepa Gomes said the casino proposal aims to address the issue of the thousands of people currently on the waiting list for homes. “This bill is the single greatest opportunity that we have to put ourselves in the dominion of exercising economic self-sufficiency,” he said.

Gomes said the casino would generate at least $30m a year towards building homes for the nearly 29,000 Native Hawaiians.

“The measure the Department is proposing is bold but we’re at a pivotal point where bold action is necessary to fulfil the responsibility of the trust. We hear the pleas of beneficiaries across the board including the need for swift action to move beneficiaries off the waiting list and onto homestead lots,” Gomes continued.

“This effort does not shift DHHL’s focus from creating homestead opportunities, instead, it provides a way forward in terms of an economic solution to face the common denominator for the struggles faced by the Department – the opportunity to create adequate funding.”

The casino resort would be situated on a DHHL property in Kapolei that is already designated as commercial. The proposal would also establish a Hawaii Gaming Commission and sets out the structure for gaming licence applications, together with fees and criteria for awarding the concession.

Commissioner Randy Awo noted his biggest concern was the quick turnaround for considering the proposal. “Nobody is coming to help us. That’s the situation we are in,” he said. “But I don’t necessarily agree that it has to be now or we lose the opportunity.