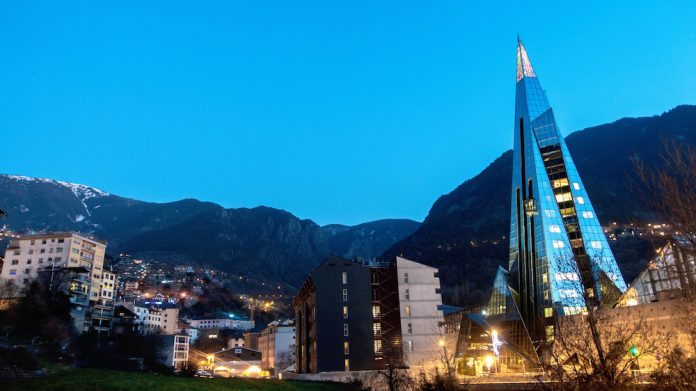 Andorran firm Jocs SA has secured the licence for the microstate’s first casino, with the new venue scheduled to open its doors by the end of 2020.

Andorra-based Jocs SA has emerged as the winner of the tender to build and operate the principality’s first casino, which will be situated in the capital, Andorra la Vella.

Launched in 1994, Jocs SA, also known as Joc Privat, is headed by the former mayor of the city of Ordino, Ventura Espot, and started as a publication covering the Spanish gambling industry.

Jocs SA plans to construct a four-storey building including two underground car parks, which will span a total area of 4,000sqm in total. The firm’s technological partner Novomatic will furnish the property’s gaming floor.

The company will invest a total of €16m in the project which is scheduled launch by the end of 2020. It is estimated that the new venue will generate €12m a year and attract 190,000 visitors.

In parallel with the company’s licence application, which is due to be completed within two months, representatives for Jocs SA confirmed that clearance work on the site of the venue will begin by mid-September.

The Andorran Gaming Control Board (CRAJ) opened the bidding process for the construction of a land-based casino last July.

A total of nine casino operators submitted 13 bids for the contract, with Genting Casino UK entering one of the highest, putting forward a proposal for a €140m integrated resort project.

However, Genting was disqualified from the bidding process due what the CRAJ described as a “purely technical” issue surrounding securing the land where it hoped to build.

In its criteria for the tender, the CRAJ stated that operators first needed to establish the availability of land or premises for the casino development, which was required to offer at least 2,000sqm in public space, excluding terraces and outdoor areas.

Following this, the board, in conjunction with other government bodies, awarded points based on a number of key criteria, including architectural design, locations and proximity to tourist services, quality, development time, and the economic benefits and employment generated.

Jocs SA won the tender with 81.53 points, Barrière came in second place by only 2.73 points, while Partouche came third by 5.59 points.

The outcome of the tender has generated controversy, with representatives for the losing bidders reportedly meeting in Barcelona in mid-July to discuss pursuing a joint or individual challenge against the decision.

In 2013, the government first gave the green light for a single casino licence in the Catalan-speaking country.

Following this, in January 2015, Andorra’s legislative committee completed the draft of a bill that paved the way for the introduction of a land-based casino and online gaming.