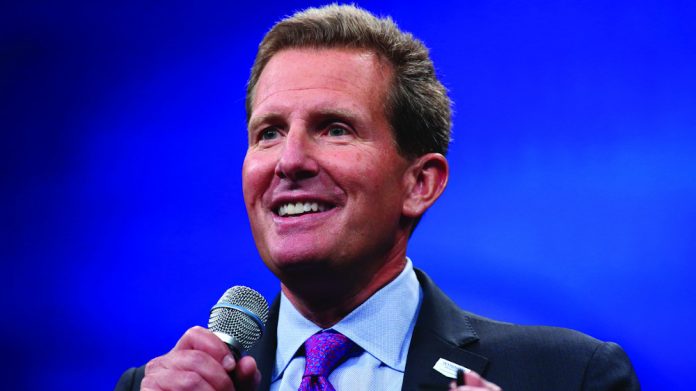 Following a successful Q2 which saw revenue rise to $533m, Wyndham Hotels and Resorts is bullish on the continuing growth of its La Quita brand.

Wyndham Hotels and Resorts chalked up a solid Q2 2019 as the firm’s net income increased by nearly a quarter. The US-based company comprises over 20 hotel brands with approximately 9,200 hotels across more than 80 countries, while 45 of the firm’s properties include casinos.

For the three months ended 30 June, the firm reported that revenue increased 23 percent year on year to $533m. Meanwhile, net income for Q2 was $26m, a 24 percent increase over the prior-year quarter.

“We’re very excited to report our second quarter results with growth across all of our key metrics. We had our fifth consecutive quarter of positive net room’s growth in the United States,” said Wyndham’s CEO Geoff Ballotti, speaking during the company’s Q2 earnings call. “We grew our international net rooms by seven percent, RevPAR increased both in the US and globally.

“Starting with our goal to drive quality net rooms growth, we ended the second quarter with 817,000 rooms in our system. This was an increase of three percent since last June, including a one percent year-overyear net room growth in the United States.

The company opened over 7,500 domestic rooms during Q2, an increase of 11 percent year on year.

Internationally, Wyndham added over 20,000 rooms, while the firm’s fastest growing region was southeast Asia, where it increased its room inventory by 22 percent. It also saw seven percent growth in Latin America and China.

The company is bullish on the prospects for its La Quinta by Wyndham brand, which it acquired from The Blackstone Group in a $1.95bn deal in May 2018.

“We continue to see excellent opportunities to grow internationally. We have seen significant interest in La Quinta in both Latin America and in the Caribbean and we recently signed a deal with a developer in the Caribbean for eight new La Quintas with four scheduled to open in 2021,” Ballotti reported.

Wyndham is looking to expand La Quinta’s market footprint by leveraging its Del Sol design prototype, created back in 2015.

“We signed seven new construction Del Sols during the second quarter and the 14 new La Quintas that we opened in Q2 were the most openings in any quarter for the brand since 2016,” he stated.

“With these three new construction prototypes, Microtel in the economy segment, AmericInn in the midscale segment and now La Quinta in the upper midscale segment, Wyndham has a tremendous value proposition to provide to hotel developers in each of our core chain scales.”

While the subsidiary suffered a five percent drop in RevPAR last quarter, Wyndham plans to grow La Quinta in the US and internationally, leveraging its Wyndham Rewards programme.

“In addition, we’ve launched a multi-million dollar comprehensive La Quinta by Wyndham advertising campaign that includes television, radio and digital ads that we plan to continue to run throughout the rest of 2019. Wyndham Rewards member occupancy continues to grow and is now running at over 40 percent for our domestic economy portfolio,” Ballotti explained.

“Importantly, La Quinta’s share of occupancy in its first two full months in the program increased 180 basis points compared to 2018, a clear indication of the benefit La Quinta properties are seeing from increased member engagement.”