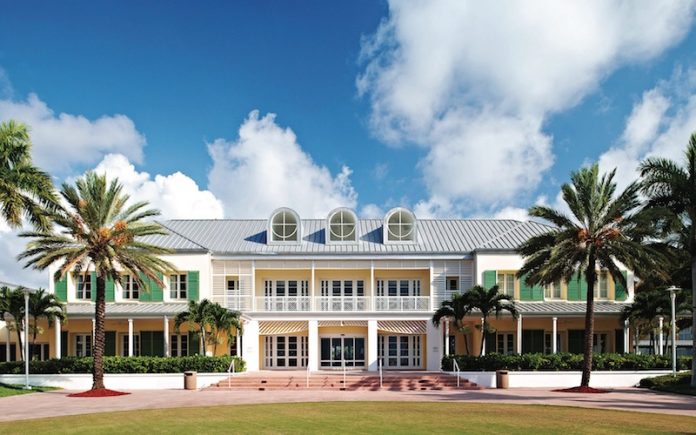 With rumours of a deal for the Grand Lucayan resort complex and with an election in the offing, Bahamas PM Perry Christie put a positive spin on the prospects for the beleaguered destination.

The Prime Minister of the Bahamas, Perry Christie, has confirmed that following “very positive” talks, the government’s preferred buyer for the Grand Lucayan resort complex had improved its offer to Hong Kong-based conglomerate Hutchison Whampoa.

While Christie did not name the buyer, media speculation has suggested that it is likely to be the Wynn Group, which has also expressed interest in constructing a $65m condominium complex at Goodman’s Bay in New Providence.

The resort includes a 23,375 sq. ft. casino with 25 gaming tables and 195 slot machines which would be operated by Hard Rock if the deal goes ahead.

“We are now in ongoing discussions with Hutchison and Sunwing, the previous operator of Memories, on the renovations and reopening of Memories, while simultaneously dealing with a buyer for the purchase of the entire Lucaya resort complex and potential operators for the hotels and casino,” stated Christie, during his keynote address at the 19th Annual Grand Bahama Business Outlook (GBBO), which took place at the Grand Lucayan this March.

Memories has blamed Hutchison’s intransigence over Hurricane Matthewrelated repairs for its decision to pull out of Freeport at the end of January, a move that cost 400-500 jobs. Its Vacation Express tour operator, which supplied Grand Bahama with tourists from 13 US cities during the summer season, also subsequently withdrew citing a lack of room inventory, costing the island 30 percent of its market.

Putting a positive spin on the what has been downbeat period for Freeport’s resort industry, Christie explained: “I had a very positive teleconference update from the prospective purchaser, who had expanded his offer to Hutchison, increasing the scope and level of investments.

“He is now planning to involve four well-known brands in the operation of the hotels and casino. I’m speaking to it because it has now reached that stage where I regard it as real.”

Christie confirmed that the investor intends to add additional attractions, and plans to work with stakeholders to turn the entire Lucayan strip into a “distinctive and lively destination”.

“What excited me about the discussions was that for the first time I started to feel that we have an opportunity, through this level of interest, that is going to integrate into the tourism mix in Grand Bahama some wonderful brands,” he added.

However, noticeably absent from Christie’s comments were details regarding how Hutchison Whampoa has reacted to the offer, and whether it is prepared to sell the Grand Lucayan on the proposed terms.

The damage inflicted by last October’s Hurricane Matthew has not helped the island’s economic situation, removing 1,500 rooms from Grand Bahama’s hotel inventory, in the wake of Memories departure. At the Grand Lucayan, just 200 rooms remain open at the Lighthouse Pointe section of the resort, with Breaker’s Cay Tower also closed following the category four storm.

The closures have not only negatively impacted stopover tourist arrivals and employment, but also the wider Grand Bahama tourist economy, especially overnighting cruise passengers and businesses at the Port Lucaya Marketplace.

In the run-up to the country’s general elections in May, the future of Grand Bahama is expected to be a hot campaign topic. While the government has budgeted $106m for the regeneration of the island, only 18.7 percent of this has been utilised during the current term, with Christie citing the hurricane as the cause of multiple delays.