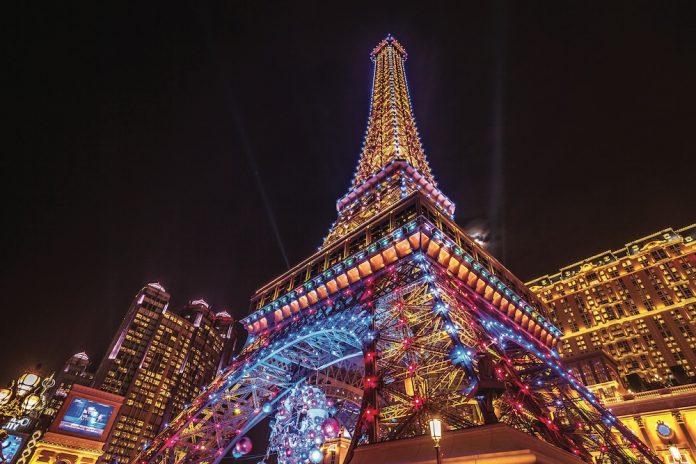 Macau is certainly bouncing back yet analysts have been divided over which cohort is driving the recovery. A comparison of first quarters for Wynn Palace and Sands China is perhaps the clearest indication that VIPs are still doing the lion’s share of the leg work.

It seems the good news just won’t let up from China’s casino city-on-sea. Gaming yield in Macau lept up another 16 percent in April, marking the ninth month of consecutive growth. 13 percent year-on-year; five percent Q-over-Q: a recovery for sure, but who’s behind it?

Analysts and investors have been asking the same question, with detectable neurosis, since the upswing began in the early autumn.

While it’s been clear – almost since the very day 18 Crown Resorts employees were arrested on the mainland for wooing high-rollers abroad – that VIPs have lost their aversion for gaming in Macau.

The precise contribution and trajectory of gains from the all-important mass market however, has been subject to much speculation. A look at two of the most recent installments on the Cotai Strip – The Wynn Palace and Sands China’s The Parisian – offers observers some insights into who’s been making the best out of whom.

“Wynn is a VIP-focused operation,” he added. “So in a VIP-led recovery, they’re the operator geared to be able to most capture those incremental gains.”

“When we opened the hotel in Cotai this past August, we had nine percent of the market. In the first quarter, we went to 13 percent, and now we’re moving past 16 percent of market share,” trumpeted the CEO, Steve Wynn.

As a VIP product, Wynn’s new gem saw the lion’s share of gains on its high-roller tables. Of the total GGY, VIP tables contributed an impressive $330m, whereas mass market was slightly down at $168m. Even the slot growth appeared to be at the hands of the executive guests.

“We have become incrementally more bullish (i.e. comfortable) with the sustainability of ongoing VIP trends over recent weeks,” said analysts at Union Gaming. “Management reinforced this view with the return of familiar VIP customers, growing junkets, and, more importantly, return to previous behavior on the part of customers.

“As we look at 1Q17 results, the beat relative to our numbers was entirely on VIP and slots (we also believe slots was VIP-driven), while mass fell slightly short of our expectations.”

On the other side of the coin, rests Wynn Palace’s mass market mirror image. Having opened right behind it, and only one month later, Las Vegas Sands’ 3,000 room resort, The Parisian, didn’t fare nearly as well in Q1.

Designed as it was to exploit a (still not yet) healthy mass market in Macau, revenues at The Parisian fell significantly. The lack of mainstream visitors was not only witnessed in gaming revenues – which dropped by 7.3 percent in the first three months of the year – but all its leisure categories saw declines: rooms were down 3.3 percent; food down 5.9 percent and beverage down 5.6 percent. Other revenues (including convention and retail) fell by 16.7 percent.

“They opened a mass market product during a VIP-led recovery,” says Bonnet. “When the market grows by five percent quarter- over-quarter, and The Parisian declines, it’s going to be disappointing.”

Sands China overall “has tremendous earnings potential”, he qualifies, “and The Parisian is a great product […] Eventually you’ll see a mass market backfilling to this recovery.”