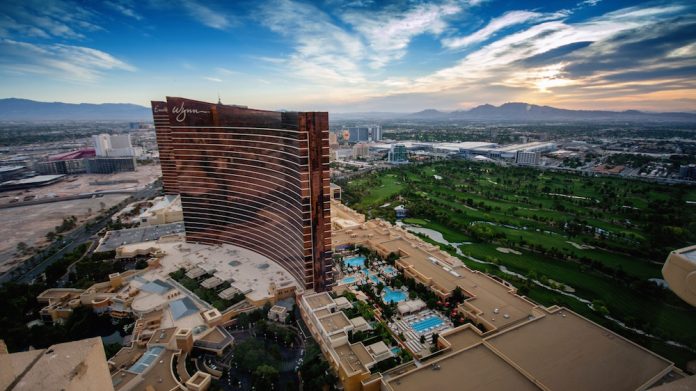 Wynn Resort Q3 figures were boosted by a solid performance in Macau, while in Las Vegas the company has opted for a new 18-hole golf course over Steve Wynn’s vision for the $3bn Paradise Park development.

While Wynn Resorts reported a 10 percent increase in operating revenues year-on-year for Q3 2018, the quarter was a tale of two halves for the company’s operations in Macau and Las Vegas.
Operating revenues were $1.71bn for the quarter, up from $1.55bn for the same period last year.
Net income for Wynn Resorts rose to $219.8m in Q3, more than double the $106m the company reported for the same period in 2017.
In Macau, operating revenue at the Wynn Palace increased 39 percent to $730.6m, while the Wynn Macau saw a three percent rise to $579.6m.
However things weren’t so rosy over in Las Vegas as operating revenues fell 14 percent to $398.9m, with declines in casino, non-casino and table game revenues.
Speaking during the firm’s Q3 earnings call, Wynn’s CEO Matt Maddox confirmed that the company is planning to increase its room inventory on the Cotai Strip. “We know one thing for certain. Wynn Palace needs more hotel rooms. In order to get Wynn Palace to go from where it is today and zoom over $1bn in EBITDA, we need 3,000 hotel rooms,” he stated.
“So, on the seven-acre site where we currently contemplated and designed a 671 room all-suite hotel connected to the Crystal Pavilion with a bridge going over to the Lisboa Palace.
“In addition, on the north four-acre parcel, we’re working on a 700-room all-suite hotel that we’ll connect into the north side of Wynn Palace, which will take that property from 1,700 hotel rooms to over 3,000, which is really where we need it to be.”
Macau’s GGR rose to its highest level in four years in October, but the company’s executives noted that it had seen a drop in business following Golden Week.
“Since Golden Week, we’ve noticed that during the midweek, it’s been quite choppy and the weekends have been sporadic,” Maddox continued.
“We can have one big weekend, maybe one or two days are big as opposed to all three. And so what we’ve seen post-Golden Week has been a slowdown.
“We’ve seen it, in particular, in the premium end of the business, premium mass, premium slots, and VIP, and that is where the vast majority of our EBITDA comes from.”
Looking to Las Vegas, Maddox stated that the company has scaled back the $3bn Paradise Park development – widely considered a pet project of the company’s former chairman and CEO Steve Wynn – which was scheduled to replace the 130-acre golf course east of the company’s existing hotel towers.
As originally announced the development was to include a convention centre, along with a lagoon roughly three times the size of Bellagio’s lake surrounded by a boardwalk and a beach, in addition to a hotel tower with between 1,500 to 2,000 rooms.
“We always struggled with Phase Two of Paradise Park. How we [were] going to make a room tower in a town with a lot of rooms, along with a lagoon, because we weren’t really interested in building a large public swimming pool for the Las Vegas Strip,” Maddox explained.
“So we just decided, let’s go with Phase One. We know the convention centre is going to work. It’s what Wynn Las Vegas needs.”
The lagoon will be replaced by a revamped 18-hole golf course, which along with the 400,000 sq ft convention centre is tabled for January 2020. The company has brought on board Tom Fazio, who designed the original Wynn Las Vegas Golf Club, which closed last December, to work on the new course.
“[The golf course is] a great amenity for the resort,” Maddox said. “Not only did we notice we lost 16,000 rounds of golf out there, 70 percent of which were cash, but we lost probably $10m to $15m worth of domestic casino business – people coming in for golf trips who have decided to go elsewhere.”
Despite this, Wynn has not completely abandoned its plans for a new hotel and is instead looking to build a new IR on a 38-acre parcel on the west side of the Strip, which Maddox characterised as “a far superior site”.