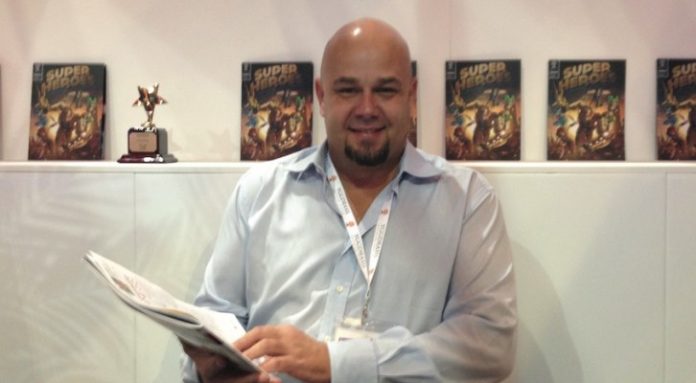 With the launch of Yggdrasil Dragons, a new creative pitch initiative, CEO Fredrik Elmqvist explains how his experience of the fiercely competitive igaming sector forms the logic behind the programme’s innovation.

This industry needs more innovation, and yet there is plenty of it out there. This is the paradox behind a new business development initiative from Yggdrasil Gaming.

Taking its name from the popular BBC TV series that sees budding entrepreneurs pitch early-stage business plans to high profile investors, Yggdrasil Dragons is designed to resolve this innovation enigma by giving outside ideas a new route to market.

“This industry needs innovation,” says Yggdrasil CEO Fredrik Elmqvist. “Everyone’s got ADHD in this business – if you can’t fork out new things for the player, they will go and spend their money somewhere else.”

Rather than follow the more risky acquisition model, Elmqvist hopes that partnering with early-stage innovators will keep giving his company the edge over its competitors, while offering these creators access to what is all too often an impenetrable market.

“There’s so much innovation out there, but many people are telling us they can’t get their products out because integration takes too long or they haven’t proven themselves yet,” he adds. “From our perspective, we can either wait and see these people fail – not because of their product but for these other reasons – or we can see what they have and if there’s a strategic match, why not team up in the beginning, in the embryonic stage?”

A testament to Elmqvist’s suspicions, and less than a week since the program was launched, pitch proposals have been coming in thick and fast, and from all corners of the industry.

“We’ve been getting everything from technology to virtual reality to the live sector, and many people in sports betting,” he explains. “There’s a lot of innovation happening in niche sports betting, but they’re struggling: they’re small, they’re pocket funded, they’re sitting there and they don’t know where to go.

“The question is: are we the right channel for it? But at least now I can see what’s happening out there. So I’m super excited, it’s been much better received than I had ever anticipated.”

Once a strategic fit has been identified, “from a product and operational perspective,” how the partnership works will be a decision for Yggdrasil’s board to make “case by case,” Elmqvist expains. “But it could be structural, and it could be exclusive and not only as a marketing channel.”

For innovators, the advantages of being lifted onto Yggdrasils platform are many. “We have infrastructure, we have the compliance, we have the technical framework,” says the CEO.

The company’s client network already includes some of the most prominent operators in Europe, and is expanding rapidly. Yggdrasil has also recently announced its own slot development concept – Yggdrasil White Label Studios – to create bespoke products under operators’ own branding.

The industry’s leading animators are also attracted to Yggdrasil thanks to its ultra-slick iSense system, an advanced html5 version of Flash. “There’s no point coming out with cool animations if you can’t run it properly,” he quips. “We have great enabling technology in that respect.”

But such successes are increasingly short-lived. For the company itself, the need to harness the brightest and best ideas in the industry is nothing less than a life or death imperative. “We have to keep differentiating, and we see now that there are others behind us trying to copy what we do. So we have to keep moving.

“We’re like sharks in this industry: if we stop swimming, we die.”