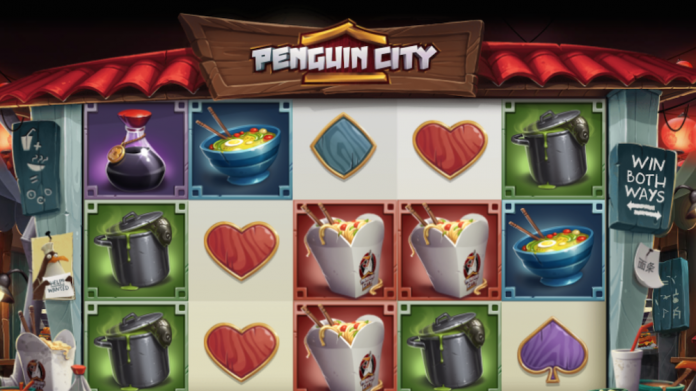 An understated summer release from Yggdrasil that’s once again packed with USPs – Penguin City offers a quirky low variance alternative to players “who are all about fun, and don’t need to land a win of 2,000 times their stake to get excited.”

GAMING TIMES: How did you come up with the game theme for Penguin City?

JONAS STRANDMAN: We wanted to maintain our tradition of a diverse, fun and exciting portfolio of games. This is also is reflected by the fact that we keep the themes of our slots balanced between ‘classic’ themes and themes that really showcase our ability to think outside of the box and innovate. This is an area the business has always prided itself on since it was founded in 2013 and ensures we are able to always offer a unique, differentiated series of best-performing products.

Penguin City is a great example of our ‘out of the box’ thinking and game development – we had a general concept of where we wanted to go with the game’s mechanics and then began exploring ways how to combine that with a quirky and memorable theme that would offer players the ultimate, fun gaming experience. And you can see the result for yourself – a gripping story of a trio of trapped, flightless fellows who are trying to escape the clutches of the mighty Emperor Penguin who is keeping them as slaves in his fast food emporium.

iGT: What makes this slot stand out from others in your portfolio?

JS: Penguin City is unique not only within our portfolio, but also in the overall slot market, because it is a low variance game, meaning you can trigger some big wins. The game mechanic also combines re-spins with sticky wins in a way that can lead players to hit several wins of more than 100 times their stake in quick succession.

iGT: Who is the game aimed at and what features have you included to appeal to this segment?

JS: Penguin City is geared towards players who are all about fun and don’t need to land a win of 2,000 times their stake to get excited about slots. The Penguin Escape Mode feature frequently appears and keeps the game’s quirky characters and their antics at the forefront of the game and players’ minds, while at the same time giving them regular, rapid-fire wins. What’s not to love about these three characters who are desperately plotting to escape and fill-up player’s bankrolls as quickly as possible!

iGT: Is there a trend now towards lower volatility gaming?

JS: You would think that, but if you look at the top rated and top performing slots across all operators, it’s the reverse. Different providers have recently published some good performing, high-volatility games, while many of the old ones are still performing strongly. From our own portfolio we could mention Valley of the Gods and Vikings go to Hell as great examples of that pattern. That is also the reason why Yggdrasil mostly makes mid-to-high-variance games – players seem to appreciate the fact that in each of our games there is a very good chance of winning big in just one hit.