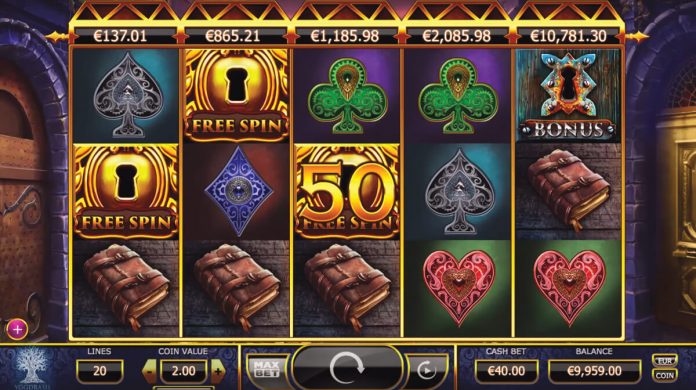 After what CEO Fredrik Elmqvist described as a “hugely impressive” 2015, games developer Yggdrasil has begun 2016 with reports of 519 percent revenue growth year-on-year.

The figures reflect strong internal growth in the company as well as a rapid period of customer acquisition that saw Yggdrasil’s player transaction figures soar by almost one thousand percent. In the first quarter of 2016, the number of bets placed swelled by to 317.1m – a hike of 922 percent year-on-year, while Yggdrasil saw bet turnover rise by 1,085 percent year-onyear to SEK 3,560.2m.

“After a hugely impressive 2015, Yggdrasil has kicked off 2016 in a similar vein, with strong, mainly organic growth from existing customers and a number of exciting deals, launches and awards,” said Yggdrasil’s CEO Fredrik Elmqvist.

“We’ve been so busy this quarter it is tough to pick out a handful of highlights. A good place to start is with our launch in the UK, which we completed, as promised, within the quarter,” said Elmqvist.

The news comes just weeks after the games developer launched in the UK, securing deals with six operators including Bet365.

“It is certainly a very competitive market, and it is still early days, but early indications are encouraging,” said Elmqvist. “Elsewhere on the regulatory front, our Gibraltar licence is waiting for final approval – the aim remains to go live in Q2. And we continue to investigate other regulated markets.”

Meanwhile, the company launched three new slots during the quarter – Incinerator, Golden Fishtank and Seasons – and also received certification for six games in the UK and Gibraltar, with six more scheduled to be licensed in the same jurisdictions by the end of the second quarter.

According to Elmqvist, the company will continue to focus heavily on optimising games for mobile – an area that now makes up 45 percent of revenues – via its iSENSE 2.0 platform and “Boost” promotional tools.

In recent months, Yggdrasil has also grown its staffing base from 45 to 65, reflecting the rapid rate of growth and the expansion of its operation. It also recruited its first CFO and general managers for Poland as well as its new chief commercial officers in Gibraltar.

“The recruitment process has been extensive and we do a great deal of it ourselves,” said Elmqvist. “We don’t look to ‘poach’ talent from rivals or partners, which is important when it comes to maintaining integrity and building strong relationships within the sector – and on top of all of this, we are extremely selective.”

“We see huge potential when it comes to innovation across the fields of retention and engagement, and will be adding to our gamification features later in the year,” added Elmqvist.

“As the top-line figures show, Yggdrasil is in rude health and we cannot wait to push forward for the rest of 2016 and beyond.”