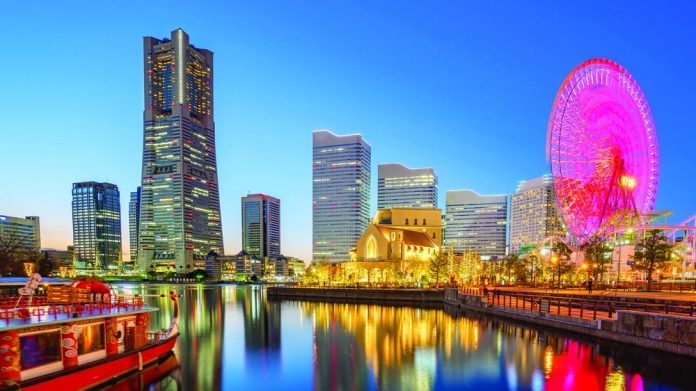 While the casino bribery scandal has come as a further blow to public support for the Liberal Democratic Party’s plans to bring integrated resorts to Japan, a number of international operators have focused their efforts to secure an IR licence on Yokohama, the country’s second largest city.

Japan’s decision to open up its integrated resort market was always controversial with voters, while the recent casino bribery scandal has seen public support for the plan fall to just 22.8 percent.

The news comes following the indictment of a member of Japan’s ruling Liberal Democratic Party (LDP) in connection with allegations that he accepted payments from China-based online gambling company 500.com. The company was said to be seeking support in securing an IR concession in Hokkaido.

Tsukasa Akimoto, who helped oversee the drafting of Japan’s regulatory framework for IRs, has denied any wrongdoing and although he has resigned from the LDP, he has retained his seat in the Diet. “I have never given favours to specific companies,” he stated, speaking during a media briefing in February.

While the allegations have further undermined public confidence in the LDP’s IR ambitions, city and prefectural governments around the country continue to press on with the administrative groundwork necessary to make a bid for one of the initial three IR licences.

Yokohama is due to introduce its draft basic policy on IRs this March, which will then undergo a period of public consultation.

Japan’s second-largest city aims to have a finalised version of the policy by June, after which it will launch a request-for-proposal (RFP) process to locate a private sector partner.

Both Wynn Resorts and Melco Resorts and Entertainment have both set their sights on securing an IR concession in the city.

Wynn confirmed it will have a “Yokohama focus” for its IR bid, with the company announcing plans to open an office in the Yokohama Landmark Tower for its local subsidiary, Wynn Resorts Development Japan, in mid- December.

Meanwhile, Wynn’s Macau market rival Melco confirmed it would adopt a “Yokohama First” policy back in September 2019, and has suggested its willing to spend up to $10bn on an IR development.

Genting Singapore recently announced that it intended to pass on an IR bid in Osaka, and would instead “focus efforts and resources” on Yokohama. “While Genting Singapore participated in the Osaka RFC [request-for-concept phase]; after reviewing and considering shareholder feedback, it did not register for the Osaka RFP, for which registration closed on February 14, 2020,” said a spokesperson for the company.

Genting Singapore’s management has recently been quoted as saying that it hoped to “secure a consortium by September/October time frame”, while in February it was reported that the company had received investor approval to commit up to $10bn towards a casino resort project.

Francis Lui Yiu Tung, vice chairman of Galaxy Entertainment Group said in mid-February that the Hong Kong-listed firm was still “actively pursuing” a casino licence in Japan, despite deciding not to make a bid in Osaka.

“After deep reflection we decided at this time that our focus should be on other potential locations in Japan, including among others, Yokohama,” Lui stated.

The new policy outlines what facilities the Wakayama prefectural government expects potential private sector partners to provide. It also stipulates that an IR’s casino floor area could not exceed three percent of its total area.

The prefecture reportedly plans to launch its RFP process to choose a private sector partner in “late March or the beginning of April”.

The Osaka Prefectural Government has confirmed that a consortium made up of MGM Resorts and Japanese firm Orix Corporation was the sole applicant in the region’s RFP process. Media reports suggest that the Osaka authorities will formally name a private-sector partner in June.

Osaka governor Hirofumi Yoshimura posited that many operators had ultimately chosen to focus on Yokohama due to its larger economy.

While MGM Resorts chairman and CEO James Murren recently announced he will be stepping down from both roles, speaking during the company’s Q4 2019 earnings call he confirmed he will still be involved with the firm’s Japan IR bid in the interim.