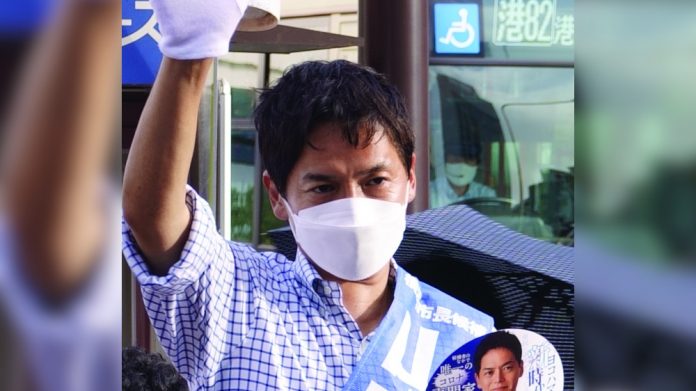 Following the election of anti-casino candidate Takeharu Yamanaka, Yokohama has abandoned its pursuit of one of Japan’s first three integrated resort licences.

Takeharu Yamanaka defeated seven other candidates in the race to become Yokohama mayor in August.

Endorsed by the Constitutional Democratic Party of Japan, Yamanaka’s win marks an end to Yokohama’s efforts to host a casino resort in the city’s waterfront Yamashita Pier district.

After taking office, Yamanaka said his administration would “promptly move forward the withdrawal procedures”, ending the city’s candidacy to host an integrated resort.

Of the eight candidates in the city’s mayoral election, six, including Yamanaka, opposed the plans, approved by the Yokohama Municipal Assembly and outgoing mayor Fumiko Hayashi, who was one of two candidates who supported an IR.

The decision whether to bid for one of Japan’s first three IR licences was one of the central campaign issues during the election. Back in January, the LDP and Komeito-led city assembly, with Hayashi’s backing, rejected a referendum on hosting an IR, a move which generated criticism.

“Yamanaka’s campaign clearly gained steam in the last two weeks. His sometimes- over-the-top anti-IR stance was effective in confirming that he would put an end to the unpopular policy in the city,” said Joji Kokuryo, MD of Bay City Ventures.

Local resistance to the project has been led by Yukio Fujiki, chairman of the Yokohama Port Harbor Resort Association, known as the “Don of Yokohama” due to his wide influence in the political and business world.

Fujiki had been a long time supporter of both prime minister Yoshihide Suga and Hayashi, but has been adamantly opposed to hosting a casino in the city, lending his backing to the newly-established Yokohama Citizens’ Association to Bring to Power an Anti- Casino Mayor.

Okonogi takes office just a month before the central government begins inviting interested regional governments to submit their IR plans. This latest development comes as a blow for Melco Resorts and Entertainment and Genting Singapore, the two remaining international casino operators in the running in Yokohama.

Speaking during the company’s earnings call in late July, chairman and CEO Lawrence Ho acknowledged the uncertainty surrounding Melco’s bid to enter a jurisdiction he characterised as the “best potential new gaming market globally”. “There are a lot of things that are outside of our control,” he explained. “And in terms of something as important as mayor election or political positions… we just need to continue to be respectful to the market.”