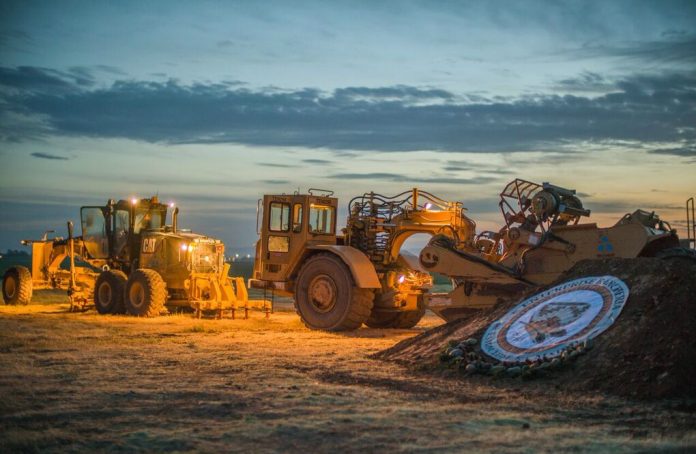 Three months after breaking ground on the Fire Mountain Resort & Casino outside Marysville, the Estom Yumeka Maidu Tribe of the Enterprise Rancheria halted work on the project.

[dropcap]T[/dropcap]he tribe has “temporarily suspended” construction of its $170m (E153m) casino outside of Sacramento, blaming tribal competitors and the owners of Thunder Valley Casino for filing “frivolous lawsuits” which have made it difficult to obtain financing.

“They know how to game the system, to drag it out,” said Charlie Banks-Altekruse, a tribal spokesman for the Estom Yumeka Maidu. “With the construction project requiring tens of millions of dollars a month, we had to pull the plug.”

The tribe has been working on a fairly small, 50,000-square-foot casino under a Class II gambling license, which would limit Fire Mountain to electronic versions of bingo and other games.

However it is looking to obtain a Class III license which would allow full-fledged slot machines and table games.

While in February a federal judge ordered the Californian state to sign a compact allowing Class III gambling operations, no agreement could be reached between the state and tribe prompting intercession by a mediator.

With the construction project requiring tens of millions of dollars a month, we had to pull the plug

The mediator selected a version of the compact written by the tribe, but Banks-Altekruse has stated that this still needs to be approved by the U.S. Interior Department.

“The continued delay-and-obstruct tactics of a small number of opponents have temporarily forced our tribe and community into this situation,” said tribal chair Glenda Nelson.

“We still believe that the project will go forward, that key decisions will be made any day now, and that construction should take about a year once restarted.”

However opponents of the scheme, including the owners of Thunder Valley Casino Resort and community groups, have launched a legal challenge arguing that casinos should only be permitted on ancestral tribal lands, and therefore the Enterprise tribe should not be allow to build 35 miles from its home in Butte County.

“It must be they’re looking to blame somebody for their inability to raise money to build an elaborate bingo hall off their reservation,” said Doug Elmets, a spokesman for Thunder Valley’s owner, the United Auburn Indian Community.