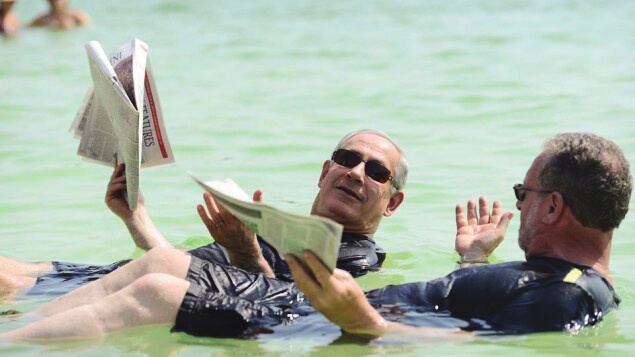 The 2001 Israeli film Late Marriage depicts a successful thirtysomething finding fulfilment with a single mother before ultimately renouncing the relationship to appease his restrictive traditionalist family. Such a scenario could be a metaphor for Israel’s paradoxical partnership with its gambling industry.

[dropcap]I[/dropcap]sraeli politics can seem contradictory: when it comes to marriage, the normally secular state only offers religious weddings, forcing couples looking to celebrate their nuptials in a civil ceremony to take the short hop over to Cyprus.

The marriage between Israel and the gambling industry is equally uneasy, with a ban on casinos and iGaming and a limited sports betting monopoly while the state lottery, Mifal HaPayis, hauls in 5bn (E1.2bn) annually.

Despite the fact that Israel’s 200 gaming companies bring in $1bn (E893m) in revenue a year to the country, Israel is unlikely to see a loosening of the bonds on its gambling industry any time soon. That’s according to Yehoshua Shohat Gurtler, a leading gaming lawyer with Herzog Fox & Neeman.

“Israel’s probably one of the most restrictive markets in terms of online gambling, which is ironic since pretty much every operator in the online gambling world has an operation based in the country or a link to the Israeli gaming industry,” he explained. “But on a B2C basis, from the consumers’ point of view online gambling is illegal. Israel must be among the most conservative countries in the world in terms of its gambling policy.”

As Gurtler notes, Israeli courts have taken the position that the blanket prohibition on gambling – specified in the 1977 Penal Law 5737 – applies to online gaming as well, even though the original bill makes no mention of it.

“Historically the authorities have primarily targeted companies that actively pursue their business in Israel, such as operators who have a website in Hebrew, use an Israeli top-level domain or advertise specifically to Israeli consumers,” he added. “At least in theory, Israel is a closed market for iGaming and most reputable operators have included the country on their prohibited jurisdictions list.”

Recently there has been talk of the possibility of carving out a very limited exemption in the prohibition on gaming in favour of a limited number of landbased casinos in Eilat, Israel’s largest resort city.

In February, the Knesset formed a steering committee headed by tourism minister Yariv Levin – the fifteenth minister to hold the post in the last 15 years – to explore the possibility of permitting casinos, with a statement from the PM’s office suggesting the plan would “save Eilat from economic failure and create thousands of jobs.”

“That announcement eventually resulted in some political backlash from some of the more conservative factions in Israeli politics so that initiative seems to have gone on the back-burner for the time being – although it hasn’t been officially withdrawn,” added Gurtler.

“However when it comes to online gambling the opposite has been true: there have been some legislative attempts in Israel over the last few years to specifically empower the police to order ISPs to block access to online gaming sites.”

According to the leading lawyer, Israel’s banking regulator has now instructed credit institutions that they must not allow payments to be processed in favour of online gambling sites. While there has been some discussion of a more relaxed approach towards landbased gambling, the state is putting its full force behind a crackdown on online activity.

“Since there’s such a strong Israeli connection with the online gambling industry, the government wants to keep these businesses from targeting Israelis,” said Gurtler.

“There’s a strange alliance between religious conservative factions within Israeli society and the more socialist factions and these two traditionally opposing groups have a common ground when it comes to anti-gambling policy, which is probably why political sentiment against gaming is relatively strong.”

But while political groups are united in their antipathy towards gambling, the signs from the general public seem to indicate the presence of a strong potential market.

“I wouldn’t say that [the politicians’] stance represents the prevalent social attitude towards gambling, despite the fact it dominates in the political discourse and impacts the decision makers,” said Gurtler. “The Israeli public has been known to be quite fond of gambling, with a large number of Israelis travelling to places like Eastern Europe and historically Turkey to access casinos.”