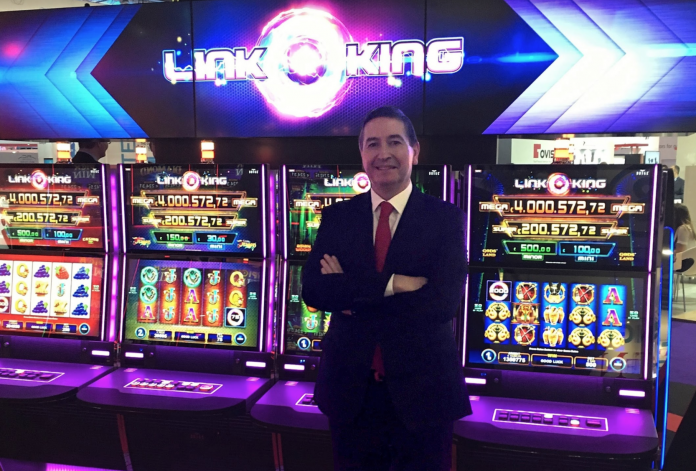 Following a successful year of growth, Zitro displayed an expanded portfolio of content for its Bryke video slots, in addition to new video bingo titles at ICE 2018.

Having premiered its line of Bryke video slots at ICE 2017 Zitro returned to the show this year with an expanded portfolio of games presented on the upright and slant versions of the ultra-slim Fusion cabinet.

“While Zitro continues to be a world leader in video bingo games, last year we presented our Bryke video slots for the first time,” said Zitro’s CEO, Sebastian Salat.

“This year we are building on this further and are presenting a whole library of products for the Bryke family.”

“The European market focuses more heavily on slots rather than video bingo, and while we are new in the video slot industry, we think we’re going to have an exciting product proposal for our customers”

The company presented a number of new video slot titles at ICE, including the Pick and Win multigame series; as well as a new multigame Hot Deal, which utilises a traditional fruit game mechanic; and three new progressives, western-themed Guns & Gold, Link Me and Link King, which all also operate as multigame titles.

“Usually you only see progressives with single games, but our machines are all multigames,” Salat added.

It has been a busy year for Zitro with the company recently signing a number of new partnerships in Europe, expanding from Latin America where the firm already has a strong track record.

“We got our licences in France and Greece, commercial presence in Bulgaria and the Balkans, and distribution partnerships in Portugal, as well as the first machines in western European casinos such as the ones in Spain and Portugal,” Salat continued. “The results have already exceeded expectations.”

With the focus on video slot titles bearing significant fruit within a year, Salat noted that the plan for Bryke is to “grow slowly but surely”, and clarified that the company aims to enter the other overseas markets further down the line.

“While we are new to this sector, we are very confident of our plans. The machines we’ve already installed have performed very well, so we’re happy.”

Alongside the Bryke brand, Zitro will also maintain its video bingo operations, ensuring its portfolio is well positioned to capitalise on international gaming preferences.

“We are still growing in the video bingo segment,” explained Salat, “It is still the main driver of the business, and continues to be extremely popular in Latin America, particularly in Mexico.”

In line with this, the company highlighted several new video bingo titles at the show, including Western Express, WinUp, and Wonderful Lamp, in addition to its loyalty system Club Vip Zitro.