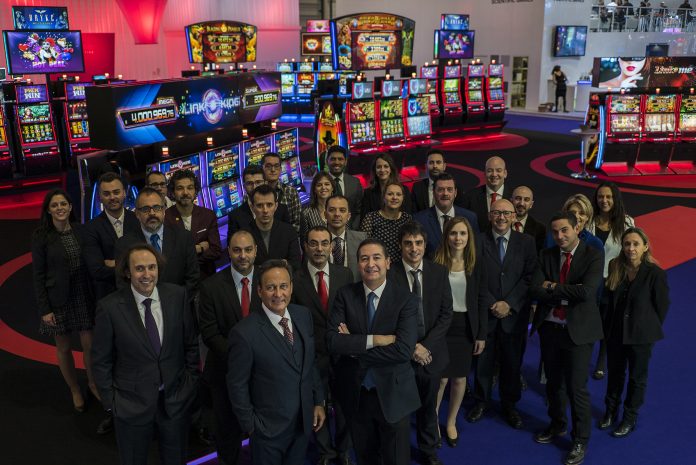 Ice Totally Gaming 2018 is over, however, for Zitro this is just the beginning. At this year’s ICE Totally Gaming in London, the company presented more products and more worldwide debuts than ever before.

Under its video Slot Brand BRYKE, Zitro has showcased tons of novelties and innovations, and revealed various brand new progressive links, all of which are designed to support the company’s expansion plans, particularly in Europe as well as Central and South America, by providing the most exciting games to the players and the most optimized return to the operators.

Presented on the cutting edge and ultra-slim Fusion cabinet in its upright and slant version, Zitro’s booth was a show in itself. Absolute highlights where:

Blazing Pearls – The Multigame Local Area Progressive that made its European debut at the Show.

Link King – The ultimate multigame progressive link, with a symbol-driven configurable four-level jackpot.  A set of four brand new themes per machines, stuffed with fun and exciting features such as Fixed Wilds, Expanded Reels and Mega Symbols, will for sure make the difference on any casino floor.

Link Me – The hottest multigame progressive link that will stand out with it’s beautiful and eye-catching design. The pleasure of playing has been taken to whole new level with its mystery wild strawberry-bite feature! Careful, it’ll be juicy!

Guns & Gold – A local Area Progressive that will take you to the very Wild West with its 3 magnificent games bundled in a multigame, to keep the players satisfied at all times.

Hot Deal – The new multigame game set that comes with 5 distinctive game titles that offers unique experiences to the players. Traditional fruit games mechanics are pumped up with sophisticated sounds and stunning graphics.

In addition to the vast and robust Video Slot portfolio, Zitro has demonstrated again, why the company is the world leader in the Video Bingo market. New game titles such as Western Express, WinUp or Wonderful Lamp, combined with creative and super-fun promotions, as well as its proven loyalty system Club Vip Zitro, where the highlights in the Video Bingo section of the booth. The online world was covered by the Zitro Interactive team that has, once again, showed what Zitro is capable of now and in the future.